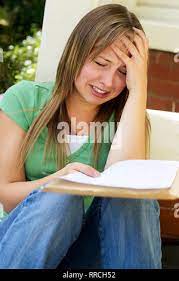 Solution for Children’s Poor Academic Results by Vedic Astrology. Parents today are very concerned about their children’s education and want them to do well in every area. In most cases, parents want their kids to achieve their dreams, so when they don’t do well in school, it makes them stressed. It turns out that, in many cases, kids can’t even focus on their schoolwork or studies. The overuse of electronic devices is one of the main things that is going on right now. Excessive use of the device distracts children from their schoolwork.

Along with all of these reasons, if we look through the lens of astrology. We can see that due to the influence of the planets in the horoscope, the interest in children’s studies is suddenly disrupted. Aside from this, many other factors, such as the Vastu of the house, Vastu of the study room, the direction in which they sit while studying, and so on, play an important role. Today, through this article, we will talk about it.

According to Vedic astrology, planets play a phenomenal role in shaping the personality, interests and inclinations of an individual. In fact, it would not be an exaggeration to say that the planets shape the fate of a person to a great extent.

It is worth considering whether the planets give their results or have their effect on us according to the karma done in previous lives. In fact, the planet provides the results of the actions performed at the time of the duration of its period, depending on its given set of karmas. When the planet is holding our positive karma from the past, we get positive results and vice versa when the planet is holding our negative karma from the past, we get negative results in our life journey.

Is a person educated or not? Whether obstruction has arisen in his education or not, the answer to the questions is decided on the basis of the placement of Jupiter and Mercury (high debilitated) planets in the horoscope. In fact, these two planets are the karakas of knowledge and intelligence respectively, which impart education as a whole. When Saturn is related to these planets, then it should be known that the person’s karma will surely be nourished by education. Mars bestows dexterity in intelligence. When the planet Rahu is related to the planet of education in the horoscope, it acts as a blocking force. 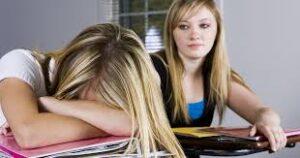 Astrological combination and role in achieving the gaol.

Our lives would be incomplete without it. A person’s success in life will be limited if he or she lacks sufficient knowledge. Of course, you can make a lot of money by handling the business affairs of your parents. To be able to compute pricing and receipts, you’ll need at least a kindergarten education. When it comes to reading newspapers and other important materials, a foundation in elementary school is ideal. Many fields benefit from education. Education encompasses a wide range of disciplines, including the arts, business, science, and engineering. Any other language, such as English or Hindi, should be studied in addition to one’s own speech.

When coming the obstacle in Children’s Education?

However, students who are in pursuit of their academic life have to go through a number of problems, which is a common occurrence. These can be problems like fear of failing in exams, not getting quality grade values ​​in college/university, depression about how to crack exams, and many more.

In the horoscope of a person, the planet is able to tell how his education will be. Will he complete his education or not? When would you like to read it and when would you not? When will you suddenly stop studying and start working? Astrologers decide it on the basis of planetary Period, sub-period and transit.

For example, if someone’s Rahu Dasha has begun and Rahu is sitting in the fifth house, and that person is unwilling to engage in studies, the main reason seems to be that he became involved in a boy/love girl’s affair. Counselling can help you get rid of this problem if you know this about your children.

This person was born in Capricorn Ascendant. The lord of Ascendant is Saturn, which is in the fourth house along with the lord of the twelfth and third house Jupiter. Saturn who is the lord of the Ascendant is sitting in the house of happiness. This house is of secondary education in the horoscope. The native was put in the hostel to study at a young age (in the fourth house of Dwadashesh Guru) but he could not stay there and ran away and came back home.

Again he was admitted to another school and there also did not attend regular classes and indulged in bad company. The native may be trapped in a deep love affair for a few days, yet somehow the secondary education is completed. Thereafter he was admitted to a vocational course, but incidentally, he could not complete the course and returned home. That person is still living in his house at the age of 31 and is not doing anything.

Astrological Solution for success in Education

The following astrological remedies should be taken to solve the educational problems of the above-mentioned horoscope.