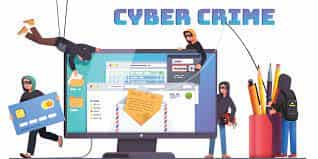 Online Fraud – Combination of Cyber ​​Crime Victims in Vedic Astrology. If a person deceives someone using the Internet, it is called “online fraud”. Nowadays, online financial fraud through phone calls is spreading very fast. Online fraud comes in different forms. Many times people are very careful even after this they become a victim of fraud. You can be a victim of fraud in the following ways. 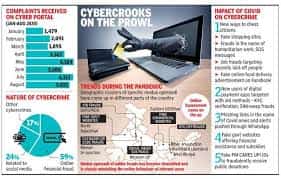 At present, new methods of cyber fraud are being adopted. Now he hacks the account and sends a message of zero balance, then the victim gets upset and contacts on the phone and requests for a refund, then he talks about returning some money, for which he Asks for OTP and immediately completes the final game of financial fraud.  Wealth Yoga in Birth Chart

This person has recently become a victim of fraud. This person has become a victim of fraud in the name of a KYC update. The person was asked to update the KYC, for this he was asked to download an app. Again the person updated the KYC as per the instructions of the app, during which the person was asked to deposit Rs.13 Rupees 90 paise as the update fee. The amount was very small, so the person immediately deposited the money from his ATM card and sent the snap short to that person. As soon as the snap short was sent to that person, the fraudster withdrew money from the account.

Ascendant lord Venus is placed in the 12th house.

The 12th lord Mercury is located in the ascendant.

The 11th lord Sun placed in the Ascendant and it is debilitated.

The 6th lord is placed in the 11th house but in the friendly sign so money me be returned.

The 8th lord is placed in the 12th house.

Note – Such a person should always be careful of any fraudulent activity because according to the astrological combination, the person may again fall prey to deception. Whoever is reading this article and there is such a combination in their horoscope too, then surely they can be cheated, so always be careful.