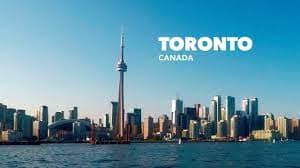 Find out Which City is Lucky for Living, Business or Job by Astrology. Before settling in any city, you should know whether this city is auspicious for me or not? It has been seen many times that in the city where you live, you face many problems and think that this city is not giving me as much wealth, honour and prosperity as I thought, so we Should shift to another city.

With some certain astrological, Numerological and Vastu tips we know whether this city or country is lucky for me or not. If you want to know this, then you should have knowledge of the zodiac, lucky number and direction of the person and city according to astrology, numerology and Vastu because without knowing the proper direction we cannot decide which city is auspicious or not.

First, decide the country or city as per Astrovastu?

First of all, you have to decide the name of the city where you want to settle and after that see that this city is compatible according to the norms of astrology or Vastu.

Again see that the directions of that city, the location of the temples,( know a good place of the temple at home)  the size and type of the plot, the direction of the electrical appliance, the reservoir etc. are compatible as per the norms of astrology or Vastu. If everything is according to the rules then you should decide to stay in this city.

How to choose country and city according to astrology

If the zodiac sign of the country or city ( decided by the name first alphabet word ) is 2, 5, 9, 10, 11 from the native zodiac sign, then it will be auspicious to reside in such a city.

If the sign of the city is 1, 3, 4, 7th from the zodiac sign of the native then it will be a little auspicious.

Similarly, if the sign of the city is 6, 8 and 12 from your zodiac sign, then it will give you an unwanted result so never should live in such a place.

Kankani method for selection of Lucky Country or City

There are many methods that exist in Vedic astrology to find out the lucky/favourable place for living, business or service, one of them is the Kankani method. If you want to choose a lucky country or city by the Kankani method, first know your class of the name and city  (You can be decided by the initials of the name), then consider money and debt. It is auspicious if the city is the giver of wealth, but it is inauspicious if the city is the lender.

For Example, Your name is Ram and you want to settle business in Canada.

Now by multiplying and adding these two numbers respectively twice, you will be able to know about money and debt.

Here we see that the name Kankani is less than the country, the result is that Canada will always be financially harmful to Ram.