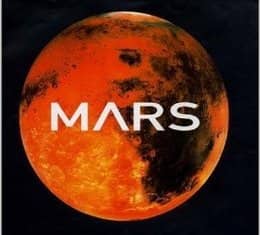 Mars in 1st House makes Healthy, wealthy and wise. Mars situated in the first house gives courage due to which it also becomes angry. Again courage and anger together make them cruel which is sometimes fatal for the native. In the first house, Mars is not good for married life. Mars gives Manglik dosh in the first house, due to this reason, such a person faces bitterness/trouble in married life. He has the ability to make quick decisions. Such a person has a habit of doing any work in a hurry. He quickly establishes his influence in both family and society.

Mars in 1st House and Nature of such person

The person who has Mars in the Ascendant always appears to be young, even in old age the person appears younger than him. Such a person does not like to be under any kind of pressure nor is hesitant to speak. He speaks his heart without hesitation. While speaking he does not think what will be the result of my speaking.

If Mars is debilitated and sitting in the first house, then it makes a person lazy, dissatisfied, aggressive nature, lacking in happiness, hard-headed, poor and poor character.

In the first house / Lagna, Mars reveals some badness. Such a person becomes of autocratic nature. He remains adamant on his point and consequently starts quarrelling. He takes an obstinate approach to any subject. It is very difficult for them to control anger. Their ego becomes so dominant that they don’t think anything of themselves in front of them

Health Effects of Mars in the first house

Mars is the cause of bile disease, for this reason, there is a strong possibility of getting a biliary disease. The native has more irritability due to which he gets angry quickly. The person may have eye problems. Due to Mars being here, there are headaches and accidents. If Mars is with the moon or has a sight on it, then there can be a disease of blood pressure.

In short, Mars in the First House makes a person adulterous, sexist, sarcastic, skilled in fighting, rude, etc. You will have a great interest in the field of Army, Doctor, Engineering and you will also progress in this field. You can do an administrative job.