Delay in Marriage & Timing of Wedding Combination in Birth Chart. Marriage is not only a social bond, but each person does so according to their needs. There is no doubt that you get married because of your need.  The family life of the native begins after marriage. There are many people in society who are not even married. There are also people who get married but for some reason get divorced and have to spend their entire life alone. Many people also get second marriage.

According to astrology, there are many planetary combinations present in the horoscope that cause not to get married. Late marriage is not a coincidence, but some planet is responsible for it. Today we are going to discuss in this article the reasons for the delay of marriage and when and under what conditions the marriage will take place.

The main reason for delay in marriage

The above reason, in some way, affects the marriage bond. In fact, today’s youth do not marry until they pursue higher education and the desired career. He becomes older due to the gluttony of higher education and a good career. It is not possible to find a good groom or bride. As a result, the marriage is delayed. After that, the person meets an astrologer and asks what is the reason for my marriage not happening, which planet is responsible for not getting married, etc.

Is there a delay in marriage due to Manglik dosha?

Yes, Manglik dosha can also be the reason for the delay in your marriage. Generally, there is a possibility of the marriage of a man of Manglik Dosh in the 27th, 29th, 31th, 33th, 35th, and 37th year. Young men and women who are getting delayed in their marriage should know through their horoscope which planet is responsible for the delay in marriage. After this, a solution related to that planet should be done.

Second House: This house represents the family. After marriage, a family member joins the family, so this house is important for a marriage.

Eleventh House: This is a house of desire.  It is fifth to seventh and hence is seen for marriage.

Marriage combination is present or not

Note:- Apart from this, other combinations are also present, but due to expansion, it is not being given here.

On the basis of horoscope analysis, when it is decided that the person will get married, then it should be seen that what is the reason for the delay in marriage? Let’s know which planets and houses are responsible for the delay in the marriage of any person’s horoscope.

How to fix the timing of Marriage

Know! How will your life partner?

The seventh house in the horoscope is that of your life partner. The astrologer tells about the nature and status of the life partner of the native on the basis of this house and its lord planet.
The planet located in this house also indicates the nature, character, etc. of your spouse.

If the lord of the seventh house is in the fourth, fifth, ninth, or tenth house, then the spouse is related to the elite family. Usually, their married life also turns out happily. If the seventh lord is exalted and is situated in the quadrant or triangle house, then your life partner will be rich, and respected. 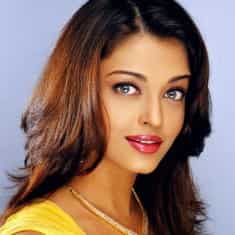 This is Aishwarya Rai Bachchan’s horoscope. she has married on 20 April 2007 in the 34th year. This is the horoscope of Libra Ascendant. Lagnesh Venus is sitting with Rahu and career lord Moon in the third house. Saturn is sitting in the 9th house and aspect to Rahu and the Moon.

Mars is located in the 7th house making Mangalik yoga. Mars is in his own house, so Manglik Dosh has reduced, but Manglik Dosh remains the same. A late marriage occurs when there is a Manglik dosha.

Mars is the lord of the seventh house and placed in the 7th house, which is promising late marriage. Debilitated sun located in the Ascendant and aspect 7th house and lord Mars. The inauspicious planet Mars is looking at Mercury, the lord of the twelfth house. For this reason, it should be known that Jatika married late.

In Bhav chalit horoscope, Mars is in the 6th house and the 12th lord Mercury is in the Lagna, due to this combination, the marriage is delayed.

Transit of Jupiter and Saturn in 2007

At that time, Rahu / Rahu / Mer / Ketu period and sub-period were going on. Mercury is situated in the Ascendant in the Bhav chalit horoscope and is looking at the seventh house and its lord from there.