When will I get a loan from Bank in Vedic astrology? It has been said since ancient times that life requires mainly three things – bread, cloth and house. Money and home are both very important in life. In that time, everyone dreams of having a home of their own. Money is also very important to buy a house. It is also important that a house cannot be bought without money. Often we are unable to fulfil this dream due to insufficient funds. At this stage, every common man makes every effort to get a loan.

Today, the person first approaches the bank to take a loan. A bank officer asks for a variety of documents for lending and the bank refuses to lend in case of any deficiency. In fact, debt is just another form of credit and if not paid on time, it becomes a major cause of anxiety and stress.

With the help of astrology, we can know what is going to happen in my life. In the same way, through the planet in any person’s horoscope, it can be known when a person will take a loan? Through the horoscope, you can know for what reason you will have to take a loan.

Let’s have a look in the horoscope under which circumstances, a person take a loan. 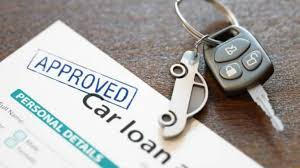 Loan-Related House in the Horoscope

In astrology, the sixth house of the horoscope indicates whether a person will take a debt in any form in his life? The purpose of taking a loan is different for each person.  Someone takes a loan for a house, someone takes vehicles. The same person takes debt to do business. Thus it is clear that the nature of taking debt is different for everyone? The above questions can be known by the lord of the sixth house and the planet sitting in that house.

This place is in the horoscope of wealth. You will get information about how much money you will have in your life. If the lord of the sixth and second house is formed, then the person should take a loan and earn money. In the same way, you should understand when you have a relationship with another house.

This house in the horoscope which is related to expenditure. A person takes a loan but where and when will he spend that money? Questions related to spending in life are answered by the lord of the twelfth house and the planets sitting in it. The expenditure of loan money is related to this house.

Best days, dates and constellation for a personal loan

Who should not take a loan?

If Mercury and Jupiter are weak, then never take a loan in your own name.  In this situation, a person should take a loan in the name of his mother, daughter, wife or child.

When getting problem after taking a debt.

If a person is doing business and his Mercury is influenced by an inauspicious planet, Saturn or Rahu, then that person will be in a lot of debt, which may happen despite external appearances.

Who will get a loan?

When the inauspicious planets Saturn, Rahu or Mars affect the second, sixth or twelfth house then one has to take a compulsion loan. If the 6th or 12th house lord affecting 11th or 2nd house, then such a person take a debt.

Role of Period and Sub-period of Planets 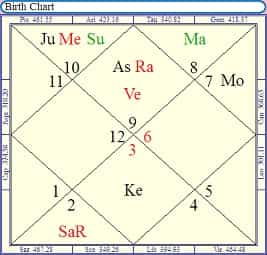 Now see the above horoscope. The 6th lord Venus is placed in the Lagna. Ascendant lord Jupiter is placed in the 2nd house and aspect in the 6th house (House of Lone). Saturn is the lord of the second house (house of wealth) located in the house of debt. All these combinations prove that the person will get a loan from the bank.

2 thoughts on “When will I get a loan from Bank in Vedic astrology?”