Planetary Combination for Lawyer and Judicial Officers in Birth Chart.  Everyone has their own dream and always works to fulfil their dream but they don’t know my dream will fulfil or not. Astrology can help you with success in your dream come true. Lawyer and Judge (Indian Judiciary services) is a very prestigious service in all aspects. Every year many students get admission in L.L.B and appear in judiciary services exam but success remains too few. Does the question arise why some could make it to success and others despite hard work could not?

Astrology and astrologers are able to provide proper guidance with the help of your horoscope / Birth chart / Janmkundali because planets and their placement in the horoscope / kundali play a vital role in the result of one’s success or failure in the practice of Law and Judiciary services.

Now open your horoscope and start to see the combination that is given by me is it present or not in your birth chart. It is very easy for you.

The first house denotes physical and mental aptitude and inclination toward the profession and other things.

The third house in the birth chart considers books and files related to accounts, records, old scriptures etc. The relationship of the third house with the tenth house will give auspicious results. Therefore, this house is always in an auspicious position in the birth-chart of lawyers.

The sixth house is the house of litigation so this house must be strong in the horoscope. The relationship between the sixth and tenth house is very necessary for success in Judiciary services. The success of a person in Lawyer and judiciary services depends upon the strong placement of these houses, houses lord and their reciprocal relationship.

Law is related to justice or judiciary and the ninth house is the house of justice. A good lawyer has the main view to bring truth in front of the world and give justice to innocent. The ninth house is associated with justice, duty, policies and court. If this house is in relationship with the tenth house then the person will become a lawyer.

In fact, the 10th house signifies all careers related questions. However, there are some people who luckily get a good position in life and enjoy high status in their job, like Judiciary officers and good practice in the judiciary. 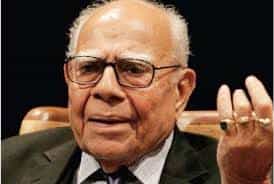 Planetary Combination for Lawyer and Judicial Officers in Birth Chart

Role of planets for success L.L.B and Judiciary Service.

Sun, Jupiter, Saturn, Mars and Rahu are the key planets in any horoscope for Judiciary service. These planets are very helpful to success in law practice.

Jupiter is the Planet of Knowledge and Justice. A jupiterian person will not lie and become a good critic. He also takes wise decisions on the basis of arguments made.

Mars is the planet of courage and litigation. Mars planets depict courage and quick decision and reaction. Mars makes a person courageous, energetic and enthusiastic, which is very essential to achieve success in life.

Mercury is the planet of Intelligence and speech.

Rahu planet has a big role in success in judiciary service. Sometimes, lawyers use false statements to win a case in favour of their clients, as well as act in a diplomatic manner. Rahu is a significator of these things so if Rahu becomes strong in the horoscope and relates to Mercury (representative speech) and with the sixth house (house of litigation) or lord then possibilities to become a well-known practitioner lawyer.

There is much yoga available in horoscope but some yoga is very necessary for  Lawyer and judiciary service or govt and public sector.

Lord of Kendra ( 1,4,7 and 10th house) and trikon ( 1,5 and 9th house) are a mutual aspect or placed in the same house the person becomes a great man or a respected in society.

There is a relationship between the Lagan lord on the one hand and the 2nd, or 5th, or 9th or 11th lord on the other hand. The person will be wealthy.

Jupiter in a Kendra from Moon. The person is illustrious, overpowering, virtuous, wealthy, intelligent, and scholarly, of royal bearing and enjoys lasting fame.

Sun and Mercury are conjunct in the same house (also known as Budhadhiya Yoga). The person is sweet tongued, clever, scholarly, virtuous and will have learning, wealth, progeny and self-control, earns wealth by serving others. Also said to be highly intelligent, skilful in all works with a good reputation.

The 10th house from Lagan contains very strong Mercury devoid of a malefic aspect. The person’s fame is going to extend in various directions.

If Mercury shares a relationship in the horoscope then the person will achieve great success in the corporate area.

A person will practice in criminal cases due to the influence of Saturn, Mars and Rahu in 12th house in his horoscope.

The person will have an interest in the cases related to tax or dishonesty due to the influence of Saturn and Ketu in his horoscope.

The native will be an advocate in government office due to the influence of Sun and Moon in his birth chart.

The person will have an interest in the cases related to arbitrary due to the influence of Jupiter and Moon in his horoscope.

He will deal with the cases related to married life due to the influence of Venus in his birth-chart.

Some Parameter for Lawyer and judiciary service in Astrology

THE Classical textbooks on Astrology give a number of Planets Yogas for a person to work as lawyer and judge. Here I am providing some classical text fact and others for judiciary service.

He is a very brilliant jurist who began his career as a lawyer and came to occupy the highest judicial office in the state. The 10th house is Taurus aspected by Saturn in chalit kundali . the 10th lord Venus is in the 6th house ruling the judiciary aspected by exalted Jupiter.

The 10th house from the Moon is aspected by Moon sign lord Venus and occupied by exalted Jupiter. The chart gains strength from the Lagna which is Vargottama. The Vipareeta Rajayoga in both Rashi and Navamsa adds further vitality. In Rashi the 6th lord Saturn is in the 8th house, the 8th lord Jupiter is in the 12th house and the 12th lord the Moon is in the 3rd house.