Musical Talent in Astrology. Musical Talent in Astrology. Singing is a God gift for a human being, I think everybody love singing and every person sing-song but someone on stage and someone in the bathroom. Ancient Vedic scholar says — Sahitya Sangeet kalavihin Sakshat pashu punch vishanhiinah . The person who has no knowledge of Music, literature, and art are looking like an animal. The person who sings a song they never feel alone. Now the question is that there are so many singers in the world but not all are famous.

I think it is impossible to become a famous and reputed singer unless and until there is a talent of such affair in the singer concerned.  The main concern is whether musical talent with name and fame are present in life or not. Astrology and astrologer are able to answer this concern on the analysis of the native birth chart.

Planets which is the significator of  Musical/singing talent

Moon:  Moon represents mind, emotions and deep feeling for everything.  Moon is the planet for musical talent as we see Moon changing its shape on daily basis like full and half moon, the same thing becomes fluctuation in the rhythm while any singer singing the song so it is most important planets for singer yoga.

Venus: Venus represents Media, Music, Musical instruments, dancing, singing and magnetic things. Venus should be connected with Mercury, Moon and 2nd house or its lord are good combinations for a singing career.

First House: First house means the person himself so it is the key house for everything because the all performance has been done by the native.

Second house: Second house represent voice and speech ability. How sweet or your voice is only depends on the power of the 2nd house, its lord, and planet which is placed or influencing the second house.

Third House:  This is the House of labour. It represents a small performance.

Fifth House:  This is the house of production so this house represents film industries.

Eleventh House:  11th house give Success and fulfilment of desire 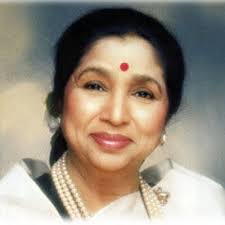 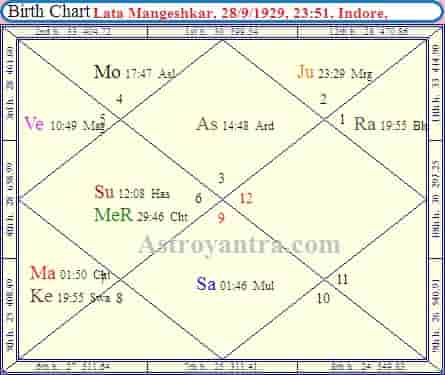 Above Birth Chart who is world famous singer Lata Mangeshkar.  I think every Indian is a great fan of her melodious Voice.  It is Gemini  Ascendant and its lord Mercury which is placed in the 4th house with 3rd Lord and aspect 10th house.

11th lord (house of desire) Mars sitting in the 5th house and aspect 11th and the 12th house where 10th lord Jupiter is sitting it means 5th, 10, 11th, and 12th house and Lord are connected with each other due to this combination Lata Ji become a world-famous singer.

2nd Lord Moon placed in the 2nd house it is good singer combination.

Ascendant lord Moon in own house, 2nd lord in 3rd house with the 3rd lord, 11th lord Venus placed in 2nd house( house of voice)   so it is a clear indication that all concerning houses and its lord are connected with each other. 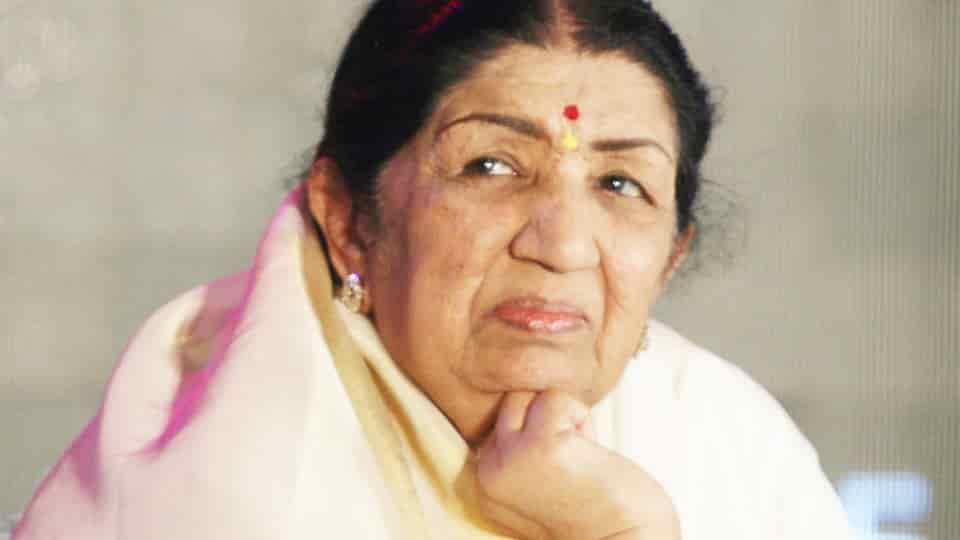 In this horoscope 2nd Lord Venus sitting in the 6th house with 8th and 12th lord Jupiter which is aspect 2nd and 12th house.

In D 9 chart Ascendant, 2nd lord and Third Lord are placed together in the 2nd house and 5th lord Jupiter aspect on the 2nd house the above D9 chart also indicates musical talent combination.

1 thought on “Musical Talent in Astrology”